Changes to mobile phone rules in The Highway Code

If found guilty, a driver will face up to 6 penalty points plus a £200 fine. Drivers found guilty who passed their driving test within two years of the offence can face losing their licence altogether. Aggravating factors (e.g. not having a full view of the road and traffic ahead, or do not have proper control of their vehicle at the time) may receive a further 3 penalty points.

As of 25th March 2022 any UK motorist will break the law if using a mobile phone, or other handheld device (e.g. tablet, sat nav or other handheld device that can send or receive data) when in control of a vehicle. Those devices cannot be used for any reason by the driver or rider while in motion or when stationary at traffic lights or queuing in traffic. The law change will also apply to those supervising learner drivers. Road safety campaigners have universally welcomed the update.

The changes brought about by the Transport Secretary, Grant Shapps MP, has introduced the new laws that now apply to any use including taking photos, videos, playing games or scrolling through playlists when in control of a vehicle. The law has finally caught up with advances in mobile technology, the last change being in 2003 and four years prior to the advent of smart phones. The Transport Secretary said of the law changes:

“I will do everything in my power to keep road-users safe, which is why I am taking a zero-tolerance approach to those who decide to risk lives by using their phone behind the wheel.

I’m ensuring anyone who chooses to break this vital law can face punishment for doing so and we’ll continue our efforts to ensure our roads remain among the safest in the world.”

If found guilty, a driver will face up to 6 penalty points plus a £200 fine. Drivers found guilty who passed their driving test within two years of the offence can face losing their licence altogether. Aggravating factors (e.g. not having a full view of the road and traffic ahead, or do not have proper control of their vehicle at the time) may receive a further 3 penalty points. It is within the scope of the Act to bad drivers with a maximum fine of £1,000 for drivers and up to £2,500 for commercial drivers (i.e. lorry or bus drivers).

The government’s public consultation on expanding the offence of using hand-held mobile devices while driving received 81% support from respondents. Prior to the changes the law only applied to “interactive communications” i.e. making a telephone call. The loophole, as described in the government communication, is now said to be closed on those motorists previously caught using their mobile phone when in control of a vehicle but not using them for “interactive communications”. The case of DPP v Barreto in 2019 accelerated the government’s consultation. In 2020 alone statistics confirm 17 deaths, 114 serious injuries and 385 other injuries were caused by drivers and riders using a mobile phone at the time of accident.

The law changes do not preclude the use of devices with a hands-free set up. It is imperative that your customers take the necessary steps to set up their devices in advance of any journeys they take after 25th March 2022. Many mobile phones are also used as sat nav devices, replacing the standalone satnav. Those phones being used as satnavs must be appropriately mounted on the dashboard or windscreen (but not obstructing the view of the driver). The only time mobile phone use is now permitted is either when safely parked or in an emergency. Some campaigners insist hands-free devices should also be subject to the same law.

The government is rolling out an £800,000 media and social media to update the public of the changes to the law.

Your customers and all drivers must familiarise themselves with the above developments. A failure to do so will likely result in criminal action being taken against them with potential indemnity issues arising therefrom.

If you have any queries upon reading this bulletin and how it may impact current or future claims, please contact either Andrew.Baker@h-f.co.uk or Aled.Morris@h-f.co.uk 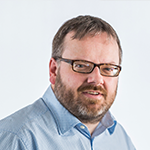 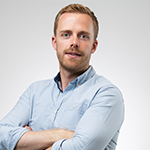