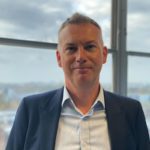 On the face of it, the arbitration scheme appears a commercially sensible approach to solving a significant problem.

Arbitration process for commercial landlords and tenants nearly with us

The Commercial Rent (Coronavirus) Act 2022 came into force on 24 March 2022, introducing a new arbitration scheme to assess rent due in respect of premises which had to close (in whole or in part) due to the Coronavirus regulations. Under the scheme either the tenant or landlord can now refer the rent to be paid to an arbitrator for a time-limited period with referrals needing to be made by 23 September 2022.

On the face of it, the arbitration scheme appears a commercially sensible approach to solving a significant problem. If both tenant and landlord comply with the Code of Practice it is to be hoped that most rental positions can be resolved by agreement. The arbitration process also has several proposal stages which may be designed to facilitate agreement.

Either the landlord or tenant can refer to arbitration and any reference must include a formal proposal as to what rent is to be paid for the period, accompanied by supporting evidence. The arbitrator can only make a decision if the tenant’s business is viable going forward if given relief and tenants in a voluntary arrangement, scheme of arrangement or restructuring plan do not qualify.

The arbitrator will then determine what rent to award in connection with principles as set out in the Bill. These are:

(a) that any award should be aimed at preserving, or restoring and preserving, the viability of the business of the tenant, so far as that is consistent with preserving the landlord’s solvency, AND

(b) that the tenant should, so far as it is consistent with the principle (a) to do so, be required to meet its obligations as regards the payment of protected rent in full and without delay.

The government also introduced a Code of Practice last year to regulate commercial property relationships given the moratorium. This to align with the legislation and the Code sets out “evidence to consider when negotiating”, which will assist in the evidence supplied to the arbitration process.

The Act also brings into force a new and wide-ranging moratorium which prohibits landlords form taking enforcement action in a large number of areas, with some of the measures being retrospective. The moratorium applies from 24 March 2022 to 23 September 2022 and relates to rent and service charge debt which were accrued during the period when premises were closed due to Coronavirus regulations (known as a Protected Rent Debt).

Many tenants who were not subject to closure requirements may not have paid rent but cannot avail themselves of the arbitration scheme. Landlords will be able to take steps against them. With the focus of arbitration awards being viability of the tenant, this may lead to some low awards. The landlord’s solvency is supposed to be taken into account – however you might say that if the tenant cannot pay any sum, the landlord won’t recover anything and so will therefore be in a worse position.

From a tenants perspective, other than potential liability for the landlord’s costs, they may take the view that they have nothing to lose in referring the rent to arbitration given that their worst case is that they have to pay the full rent which is payable under the lease in any event. In reality this is likely to be an uncommon outcome. The fact that landlords are prevented from enforcing payment of applicable rent debt for the next six months should encourage landlords and tenants to refer the debt to arbitration if they are not able to agree terms for payment between themselves.

The “evidence to consider when negotiating” (which is noted to be a non-exhaustive list) contains a list of 20 matters that are likely to be relevant. This means that it may be considered that an arbitration scheme may not be proportionate for smaller rent claims with non-institutional landlords and tenants.