Shelter was announced as the firm’s nominated charity last year after being selected by employees. Throughout 2018 colleagues from across the UK came together to take part in a range of initiatives to raise vital funds for Shelter and to improve awareness of the issues surrounding homelessness and housing. 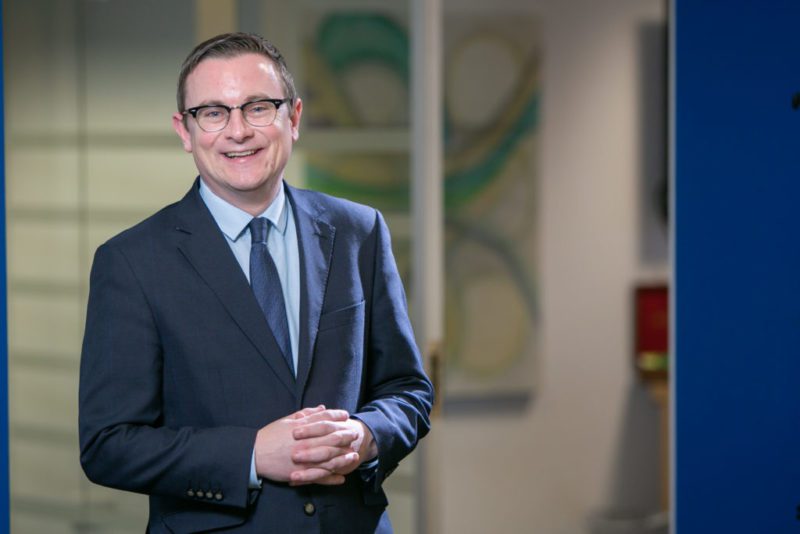 New Scotland office opens with leading lawyer at the helm

Horwich Farrelly has smashed its initial £15,000 fundraising target and raised a staggering £27,000 for Shelter in 2018. The figure is the largest amount raised for a single charity in the firm’s fifty-year history, and takes the total amount given to good causes by Horwich Farrelly since 2015 to £100,000.

Shelter was announced as the firm’s nominated charity last year after being selected by employees. Throughout 2018 colleagues from across the UK came together to take part in a range of initiatives to raise vital funds for Shelter and to improve awareness of the issues surrounding homelessness and housing.

Jumping into the saddle, Legal Cashier, Zane Brown single-handedly raised £1,750 for Shelter, when he took part in a 300 mile bike ride from London to Paris. Demonstrating the level of commitment from colleagues across the firm, a group in London headed by Counter Fraud Partner, Karen Mann, took on a Mission Impossible style race against time in the Vertical Rush challenge. The feat saw them run to the top of London’s Tower 42 – the seventh tallest skyscraper in the UK – raising £1,440 in the process.

Other initiatives included the Great Manchester Run, the Worksop and Manchester half marathons, the Cardiff 10k, the firm’s Recoveries department ascending to the top of Snowdon, a charity golf tournament, the Liverpool Santa Dash and a number of bake sales and coffee mornings. In addition, donations of children’s toys, toiletries and clothing were also made into Christmas hampers and given to 25 families living in emergency or temporary accommodation across Yorkshire.

One of the biggest fundraising challenges involved ten members of Horwich Farrelly’s leadership team, including seven partners, who raised a fantastic £5,150 for the charity by taking part in a sponsored sleepout.

The group swapped their home comforts for a night sleeping outdoors to help them gain a better understanding of the challenges faced by people rough sleeping.

Raising further awareness of the issues surrounding homelessness, four partners and the COO of Horwich Farrelly volunteered for a day at a drop in centre for homeless people in Manchester. The team spent the day serving drinks and food, as well as listening to stories from the homeless and gaining more of an understanding about homelessness in the city.

Thomas Reynard, Chief Operating Officer at Horwich Farrelly commented, “We have a proud track record of supporting good causes in our fifty year history, however, our partnership with Shelter has truly inspired our 750 colleagues as demonstrated by the incredible amount raised – almost double our original target. The £27,000 raised by employees in Belfast, Cardiff, Liverpool, London, Manchester, Sheffield and Southampton is testament to the enthusiasm and commitment of all our people.

“As well as raising funds to allow Shelter to continue their vital work, we have also sought to inform our workforce, which is largely made up of millennials, of the issues facing a generation that has seen a huge drop in home ownership. This has included looking at renters’ rights and dealing with rogue landlords, the discrimination faced by the LGBT community in housing allocation and building regulations in the wake of the Grenfell Tower tragedy.”

Liz Norris, Service Manager at Shelter said “We are overwhelmed and humbled by the kind and sincere acts from the employees at Horwich Farrelly. The generosity of individuals and commitment from the company, means that our teams at Shelter can help more people find and keep a home and continue to support people to live healthier happier lives.”

Horwich Farrelly continues its expansion into commercial legal services with the opening of our seventh office in York. The team...

A serial faker, reminiscent of something from Inventing Anna or The Tinder Swindler, has been ordered to pay £46,697.60 after...

Horwich Farrelly and Admiral Insurance defend policyholder from retired scrap metal dealer who the judge found to be fundamentally dishonest....