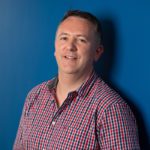 The discount rate in Northern Ireland is currently 2.5% and was set in 2001. At present, the rate has to be set under principles established in Wells v Wells, with reference to returns on “very low-risk” investments.

It has been confirmed by Naomi Long, the Northern Ireland Justice Minister, that the personal injury discount rate will be lowered from 2.5% to -1.75% with effect from 31st May 2021.

The discount rate in Northern Ireland is currently 2.5% and was set in 2001. At present, the rate has to be set under principles established in Wells v Wells, with reference to returns on “very low-risk” investments.

The proposed new framework for setting the rate under The Damages (Returned on Investment) Bill (the Bill) would require it to be set based on returns from a portfolio of cautious investments. The Bill, which was introduced to the Assembly on 1 March, is now in Committee Stage. However, owing to continued delays in steering the Bill through Stormont, the rate reduction will be introduced via secondary legislation shortly.

“In view of this significant change in the expected time scale, the Department has reviewed its previous decision not to change the rate and, after careful consideration, decided to change it to minus 1.75% consistent with the current legal framework.”

The decision to introduce a new rate on 31 May 2021 was taken by the Department of Justice Permanent Secretary, following the delegation of key policy decisions in relation to the personal injury discount rate to him by Naomi Long, in view of a declared conflict of interest.

The rate will be reviewed again once the Bill has been enacted. This is expected to be in early 2022.

This is of great significance to all insurers either writing policies in or handling claims arising out of accidents that occur in Northern Ireland.

Horwich Farrelly Northern Ireland will continue to provide guidance to insurers in relation to the impact of the discount rate and how a tactical approach will be required for such high value claims.

Matthew further commented “I have written previously in relation to the impact of such change to the discount rate and have real concerns that this change will simply lead to fewer insurers entering the Northern Ireland market. This would be to the detriment of every policyholder in Northern Ireland.”

For any further details or advice please contact Matthew Fitzpatrick.