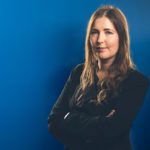 Under the new rules, those convicted of lying under oath or in sworn affidavits face up to ten years imprisonment and a €100,000 fine.

The long-awaited Criminal Justice (Perjury and Related Offences) Bill 2018 has been passed by the Oireachtas and it will now be signed into law by the president. It is anticipated that it will be enacted shortly.

Under the Criminal Justice (Perjury and Related Offences) Bill 2018 (the Bill), a new statutory offence of perjury will be created in Ireland. Under the new rules, those convicted of lying under oath or in sworn affidavits face up to ten years imprisonment and a €100,000 fine. This could include third parties – solicitors and medical professionals – who will be indicted if they are found to have knowingly assisted in the bringing of a fraudulent claim.

Whilst the Bill is not specifically directed at insurance claims, there is no doubt that the move will be welcomed by those involved in insurance litigation, as it sends a clear message that fraud will not be tolerated.

The Government has indicated its intention to expand the Garda National Economic Crime Bureau to tackle insurance fraud and therefore it is key that suspected fraud is reported to the Gardaí to investigate if appropriate. Suspected fraud should always be investigated and reported at an early stage to ensure the best opportunity for a prosecution to take place. Early reporting can also save on significant costs and outlay that can accrue defending these claims in court. Costs orders are frequently made against Plaintiffs whose claims are dismissed under Section 26, but more often than not those costs prove difficult to recover. There is currently little to deter those who take their chances so this development may make opportunists think twice about pursuing litigation.

Insurance reform, to include stamping out insurance fraud, has been top of the political agenda in Ireland this year and it is welcome news to see further positive action being taken by the Government to implement some of the 66 recommendations made in the December 2020 Action Plan for Insurance Reform.

For more details on this and to discuss any matters relating to Ireland, please contact Eva Bashford on +353 1 691 7393. 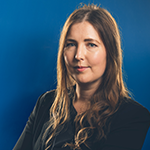