Guideline rate increase approved by the Master of the Rolls 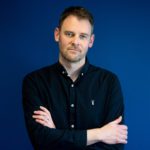 The CJC working group on guideline hourly rates proposed increases in the rates across the board, together with further changes to the Guide to the Summary Assessment of Costs relating to the geographical banding of the rates.

The Master of the Rolls has confirmed that the increased guideline hourly rates proposed by the Civil Justice Council’s working group are to be implemented on 1 October 2021.

The CJC working group on guideline hourly rates proposed increases in the rates across the board, together with further changes to the Guide to the Summary Assessment of Costs relating to the geographical banding of the rates. The proposed increase limits the applicability of City of London rates to high value commercial litigation and reflects remote working practices.

Concerns were raised throughout the consultation process as to the methodology adopted. Whilst the Master of the Rolls accepted that there was likely to be merit to those concerns, it was not considered that they should delay what was considered to be the necessary update of what is only an advisory guide.

The new rates will have a varying impact on the insurance sector depending on the nature of the book of work and common opponents.

The guide has always had a limited impact on the rates allowed in catastrophic injury claims. However, receiving parties are already arguing that the new increased guideline rates should be a baseline upon which an enhancement should be added on account of the complexity in catastrophic injury claims. Given the rates already being claimed and ultimately allowed by the courts in such claims, we are unlikely to see substantial increases in the short term but the trend of claims for annual increases on account of inflation is likely to continue.

The areas likely to be impacted most significantly are credit hire and low value multi-track personal injury claims. In both areas the guideline rates have been followed more closely by both the claimant firms operating in these markets and the courts. An overall increase of 20-25% to the costs in these areas is to be expected, almost overnight.

If you’d like assistance establishing the likely impact on your book of work, please contact Paul McCarthy. 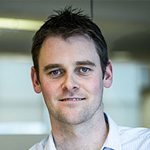