Further evidence of the success of the Horwich Farrelly Taxi Strategy has been seen when Ryan Owen, a Senior Associate in our Cardiff office, obtained guidance from the Court in relation to the correct application of the second test (need) of Hussain v EUI [2019] EWHC 2647 (QB).

Guideline rate increase approved by the Master of the Rolls

Further evidence of the success of the Horwich Farrelly Taxi Strategy has been seen when Ryan Owen, a Senior Associate in our Cardiff office, obtained guidance from the Court in relation to the correct application of the second test (need) of Hussain v EUI [2019] EWHC 2647 (QB).

On 19 June 2019, Mr Khaliq, from Bradford, sought to bring a claim for Credit Hire charges of over £26,500 (based on a staggering daily rate of more than £370.00 per day) against the defendant, Admiral, for a replacement taxi.

At the hearing in Bradford County Court on the 6th August 2020, Admiral submitted that Mr Khaliq had failed to satisfy the three tests of Hussain v EUI. However, Admiral accepted he did evidence his need for a replacement vehicle for social and domestic purposes only. They argued that Mr Khaliq be limited to basic hire rates for a non-plated replacement vehicle (Social and Domestic use only).

Conversely, Mr Khaliq’s position was that the rates for a plated vehicle should be recovered, due to the need for a vehicle being satisfied.

Firstly, it is important to remind ourselves of the three part test set out in Hussain as follows:

Within the High Court decision of Mr Justice Pepperall, he gave clear guidance that the initial starting point of a credit hire taxi claim is that loss of profit is the correct measure of loss. However, at paragraph 16.6 of his judgment he went on to give the following three exceptions to this rule:

Unfortunately, the second test (b) has provided some confusion or ambiguity in relation to the rate that applies. Where a claimant has a dual use for their vehicle and uses it as a taxi and also a family run-around, should they be able to recover BHR for a plated taxi or simply BHR for a standard vehicle for their social and domestic needs. This is an issue dealt with by DJ Hickinbottom in the attached judgment.

DJ Hickinbottom’s judgment in Khaliq directly explains the correct application when assessing the rate that should apply when considering the reasonable hire charges that ‘’will ordinarily be recoverable in the event that a private motorist would have been entitled to recover such costs’’, within paragraph 10 and 11:

Based on the above, DJ Hickinbottom’s judgment provides clarity that, where a pecunious taxi driver (or a taxi driver debarred from relying on impecuniosity) has a need for both business and private use, he is only entitled to recover BHR for a standard non-plated vehicle plus loss of profit. 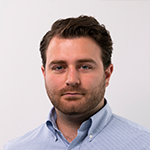