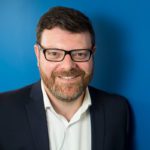 “After much hard work over a number of years in helping expose Dr Zafar’s Contempt of Court, we are delighted to see that the General Medical Council and the Professional Standards Authority for Health & Social Care have struck him off the medical register for his misconduct”, explained Ronan McCann.

Working in conjunction with LV=, one of the UK’s largest car insurers, has finally achieved its goal of seeing a doctor who had systematically falsified expert witness statements, be struck off.  Ronan McCann, Managing Partner at Horwich Farrelly was determined that the disreputable practices of Dr Asef Zafar, would be put to a stop.

“After much hard work over a number of years in helping expose Dr Zafar’s Contempt of Court, we are delighted to see that the General Medical Council and the Professional Standards Authority for Health & Social Care have struck him off the medical register for his misconduct”, explained Ronan McCann.

“We were incredibly disappointed with the fact that Dr Zafar received a suspended sentence originally hence why we appealed that decision and the Court of Appeal agreed. Further we reported this matter to the GMC and were pleased to see that they pursued this to strike off after the initial suspension. His conviction, suspension and now removal from the medical register serve as stark reminders to professionals that fabricating evidence in the pursuit of fraudulent insurance claims for personal gain will not go unpunished by the courts, nor the bodies that oversee them.”

In October 2018, Dr Asef Zafar was found guilty of contempt of court after presenting spurious medical documents on behalf of a claimant as evidence in a personal injury insurance claim. The deception came to light when the law firm accidentally submitted both the real report (stating an injury of one week) and the altered one (claiming six to eight months of pain).

Subsequently Horwich Farrelly, acting on behalf of LV=, successfully appealed a decision of the High Court which, whilst finding Doctor Zafar in contempt of court, only gave him a suspended sentence of six months even though, in contrast, a solicitor who committed the same offence in the same case, received a custodial sentence of 15 months in jail.  LV= objected to this on the grounds that, due to its leniency, the decision set a very concerning precedent. In their view there was no doubt that, like the solicitor in the case,  Dr Zafar should have immediately been sent to prison. Further, they stressed that, unless this decision was overturned, it would be used as a precedent in other cases where contempt was committed and that those who lied would also only receive a suspended sentence.

“This has been a long process, but incredibly important in sending a strong message to all professional enablers”, concluded Ronan McCann. “It should now be very clear to expert witnesses that if they lie in bringing a fraudulent claim then they should expect a custodial sentence, as well as a significant liability for costs and the loss of their professional status.”

Horwich Farrelly continues its expansion into commercial legal services with the opening of our seventh office in York. The team...

A serial faker, reminiscent of something from Inventing Anna or The Tinder Swindler, has been ordered to pay £46,697.60 after...

Horwich Farrelly and Admiral Insurance defend policyholder from retired scrap metal dealer who the judge found to be fundamentally dishonest....