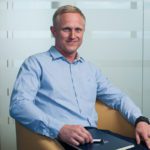 “Even accounting for the fact that genuine claims intimated during lockdown are expected to drop significantly, COVID-19 is presenting new challenges across the industry, not least in the areas of motor-fraud. Indeed, it is likely we will see an increase in fraudulent claims similar to that seen during the recession in 2008 when the ABI reported that a total of 107,200 claims, worth a staggering £730 million were found to be false.

Philip Melia shortlisted for Young Fraud Investigator of the Year 2019

Our Counter Fraud Partner, Lewis Thomas, provides the following comment outlining the likely fraud challenges the insurance industry can expect as a result of the Covid-19 pandemic:

“Even accounting for the fact that genuine claims intimated during lockdown are expected to drop significantly, COVID-19 is presenting new challenges across the industry, not least in the areas of motor-fraud. Indeed, it is likely we will see an increase in fraudulent claims similar to that seen during the recession in 2008 when the ABI reported that a total of 107,200 claims, worth a staggering £730 million were found to be false.

“Clearly treating customers fairly at this difficult time is paramount for a sector already in the spotlight. Even though it’s largely business as usual when it comes to detecting opportunistic and fraudulent claims however, insurers shouldn’t take their eyes off the ball when it comes to recognising how some may look to exploit the situation.

“Whilst claims intimated during lockdown have dropped significantly, there will almost certainly be a spike once we return to our normal lives.

“The negative impact on household finances through potential redundancy, furloughing, and general financial uncertainty, will create a pressing need to raise money, and we expect to see an upsurge in fraudulent claims as we near the end of the lockdown period and beyond.

“In terms of motor fraud generally, the reduction in road users has naturally resulted in a reduction in accidents and that will likely mean that induced collisions, which rely on the presence of innocent motorists, and which can often involve multiple attempts before success, will also reduce.

“This will likely be temporary however, and, when restrictions are lifted, and people rush in larger numbers to beaches, shopping centres, and other attractions, innocent motorists will again become the targets for cash strapped fraudsters wishing to induce collisions.

“We expect to see an increase in staged accidents during lockdown however, particularly from those classes of drivers who might, on the face of it, have a legitimate reason for being on the road – such as taxis, delivery drivers, and couriers. These types of claims, often emanating from specialist claims management companies, will also most likely involve significant claims for credit hire and storage charges.

“A reduction in road users also increases the plausibility of there being no witnesses to accidents. Social distancing, in whatever guise or interpretation, will also provide a good excuse for not involving emergency services. In phantom passenger claims, the same rationale is likely to be used to explain why the insured driver might not have seen any other, alleged, occupants, potentially undermining any defence.

“Prior to the lockdown, we saw an increase in the number of suspect claims involving motorcycles, and we expect this to continue, in light of their vulnerable road user status, as we move towards the MOJ reforms due to be implemented in April 2021. Claims emanating from specialist CHO’s that deal with motorcycles – again, particularly couriers and delivery drivers who have justification for being on the road during lockdown – may become the most fertile ground for claims arising out of staged or fictitious accidents.

“In the run up to the end of the governments MOT extension on 30th September 2020, there may also be a surge in theft and arson claims, as well as staged and induced incidents, when many vehicles that are likely to fail MOT tests will present as prime candidates for involvement in fraudulent activity.

“There will also be challenges posed by Covid-19 in the context of causation disputes and exaggerated claims. For example, in late notified claims, both during and immediately after lockdown, claimants will have a good excuse for a delay in bringing their claim. Similarly, claimants who were previously criticised for not seeking medical attention post-accident, may now have a valid reason for not doing so. Insurers need to be aware of the new and novel ways that the lockdown is effecting standard claims’ verification processes.

“In terms of tools in the investigator’s armoury, social media is a key element in fighting exaggerated claims and causation disputes. One school of thought is that there will be less intelligence evidence to challenge restrictions that claimants alleged they suffered whilst all gyms, sports clubs and leisure centres are closed. However, we have already seen a huge increase in social media activity, as many people are at home with little better to do with their time. In particular, TikTok – the social media platform whose content contains high volumes of personal music and dancing videos – has reported an 18% week-on-week increase in uploads during lockdown.

“For these reasons, we are firmly of the view that social media investigations are potentially more beneficial to fraud investigations now than ever before, and we would recommend detailed social media investigations into any suspect injury claim where symptoms are said to be present within the lockdown period. This includes revisiting ongoing cases again, especially where the initial investigations preceded lockdown. This is particularly relevant on higher value claims where S.57 of Criminal Justice and Courts Act 2015 may become a consideration.

“With widespread job losses and furloughing, there is inevitably going to be those who seek to recoup lost earnings by attempting to tie them in to a compensable event. Self-employed people, who have possibly been the hardest hit financially by the crisis, are perhaps the most likely to submit a fraudulent or exaggerated claim for lost earnings and, again, S.57 may potentially be applied in those cases.

“Horwich Farrelly has long been at the forefront of the battle against professional enablers, taking a number key players out of the market in recent months but, with a reduction in the number of accidents, professional enablers such as CBT / physiotherapy providers, engineers and repairers will all look to replace lost revenue. Insurers should therefore be more alive than ever to the possibility of exaggerated or false claims for repairs and treatment costs.

“Claims farming has long been the bane of the industry and, as the flow of new claims diminishes, Claims Management Companies (CMCs) will revisit previous decisions to reject old claims as they endeavour to make up for lost revenue. Interestingly, however, several sponsored Google ad spoofing websites, which have been highly problematic for insurers over the last couple of years, appear to have been withdrawn during lockdown. With accident volumes so low, the cost of paying for advertising may have outweighed the financial benefits these leads generated.

“Further, we expect that many call centre based CMCs and lead generators have been impacted by an inability to operate within an office environment, so may have reverted to electronic methods of claimant recruitment, such as social media marketing, e-mail and text messaging. Working from home coupled with financial hardship could create the perfect storm in terms of internal staff data theft, and CMC’s and lead generators may see this as an ideal opportunity to illegally harvest claims data.

“Despite such concerns, the positive news is that there are ways that insurers can intervene in order to reduce the impact of potential fraudsters trying to exploit the current situation. Investigations in the areas discussed must be thorough – with handlers briefed of the areas and circumstances that should increase suspicions.  During these times, where resources are under pressure and the industry adapts to a completely new way or working, it is crucial for insurers to consider the small steps that can be taken in order to remain on top of any potential fraud.”